A feeling that will last forever

“I am idealistic in my thoughts. I always maintained a safe distance to my boyfriend and we didn’t even kiss each other for a year since our relationship started. Now, it was his birthday, and he was waiting for his gift in his friend’s house, where we planned to meet. I got the best wallet that I could afford and nicely rapped it in a gift pack.

After giving the gift, we sat talking about our friends, weather, college and every simple thing that we could recollect. We were shy or rather scared to talk out of the box, as we were not aware how the other would feel. Strange! I knew with his gestures what he was longing for. I knew I had to make the first move, as he was scared that I would slap him or break the relationship if he did that first.

So, this is the story of the first kiss. I asked him to close his eyes, (as I couldn’t even think of getting near him when his eyes were open) and kissed him gently on his eyes. Now, my macho man was stunned, excited rather puzzled with the whole situation. He didn’t even know how to react. He went out of the room telling me that he just forgot something.

Now I was in his shoes. I thought I misunderstood him and he was not ready for it. At that moment he walked in with a smile and said, ‘thank you’. I had a sigh of relief. He then asked me to close my eyes. I thought it was my turn. Yes it was.

First kiss, A feeling that will last foreverThe guys are smart; they utilize every move that we make. My boyfriend was not an exception. When I had closed my eyes, he softly kissed my lips. Guess what! The reaction was not the same. I had a hearty laugh. When I opened my eyes I found him standing in attention, looking at me, for my next move. Rather he was standing like a scared bird that would fly the very moment I would cry and say, “How dare you?”

We still cherish the first touch, the first kiss, the first candle light dinner…and every sweet moment that we spent together for five long years. This moment will be most treasured till the last breath, as it was the first and unique kiss, with a feeling that will last forever.”

Posted by lovememorials on August 22, 2014 in Love

Romantic Love Messages for You

13 Aug
There was a blind girl who was filled with animosity and despised the world. She didn’t have many friends, just a boyfriend who loved her deeply, like no one else. She always used to say that she’d marry him if she could see him. Suddenly, one day someone donated her a pair of eyes.

And that’s when she finally saw her boyfriend. She was astonished to see that her boyfriend was blind. He told her, “You can see me now, can we get married?”

She replied, “And do what? We’d never be happy. I have my eye sight now, but you’re still blind. It won’t work out, I’m sorry.”

With a tear in his eye and a smile on his face, he meekly said, “I understand. I just want you to always be happy. Take care of yourself, and my eyes.” 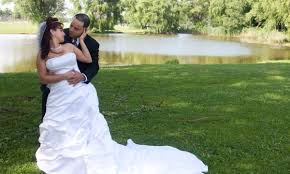 Once a guy said to a girl: “Love is like a rainbow, it’s colourful and makes people smile.
Love is like an ocean, it’s deep and beautiful.
Love is like the sun, it shines and it’s warm.
Love is like rain, it’s calm and refreshing.
Will you let me show you that love?”

The girl shook her head while smiling: “No”

The guy looked down sadly and then he heard her saying these words: “I want you to show me YOUR love…”

Posted by lovememorials on August 13, 2014 in love quotes, Uncategorized